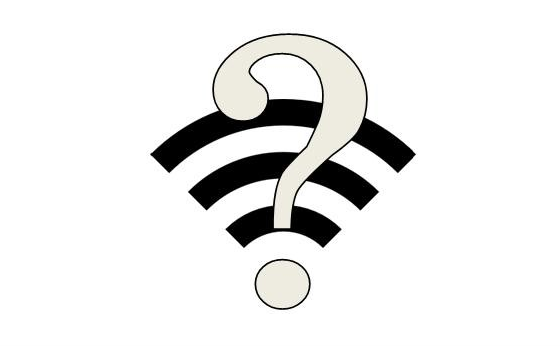 During the Trump administration, the deployment of 5G, or fifth generation broadband cellular technology, was rapidly expanded and modernized amid technological leaps that promise in the coming years to bring smart cities, driverless cars and trucks, factories run by robots and other wonders online — all made possible by 5G’s faster data transfer speeds.

On March 15, current Federal Communications Commission (FCC) Commissioner Brendan Carr outlined the turnaround in FCC policy that emphasized 5G under the leadership of former FCC Chairman Ajit Pai during the Trump years at a speech to the American Enterprise Institute.

“On the infrastructure side, it took too long and cost too much for U.S. providers to build the hundreds of thousands of new cell sites needed for 5G.  Between 2012 and 2016, for instance, the construction of new cell sites in this country had essentially flatlined.  We were averaging fewer than three new sites a day over that time period.  In comparison, China started putting up about 460 sites per day.  What it was taking us four years to do, China was doing every 9 days,” Carr said.

But by expediting approvals for new cell towers, the FCC streamlined the process, Carr stated: “Infrastructure builds accelerated at a record pace over the last four years. In 2016, U.S. providers built just 708 new cell sites. In 2019, with our streamlined framework in place, they built over 46,000. That’s a 65-fold increase! Telecom crews also set records for new high-speed fiber builds—adding over 450,000 route miles in 2019 alone, which represents a nearly 70 percent increase over 2016.”

Similarly, under Trump and Pai, spectrum was expanded across the board on high and low band, per Carr: “On the spectrum side, we knew that 5G would be delivered over every spectrum band. So we pursued an all-of-the-above strategy. On high-band, we launched the world’s first 5G spectrum auction in 2018 and went on to hold several more, bringing thousands of megahertz of spectrum to market. On low-band, we completed the transition work needed to free up the 600 MHz band in addition to modifying the rules for the 800 MHz and 900 MHz bands to enable more high-speed builds. The reality is that the U.S. started pushing this low-band spectrum out more than a decade ago…”

And the effort extended to securing medium band and C band, too, Carr noted: “[I]n 2017, when leadership changed at the FCC, the agency had no mid-band spectrum in the pipeline. So we put in the legwork to correct this mistake. That effort paid off. We held the first auction of mid-band spectrum in 2020 with 70 MHz worth of spectrum in the 3.5 GHz band.  At 2.5 GHz, we transformed the rules governing nearly 200 MHz worth of this mid-band spectrum to support 5G builds and teed up over 100 MHz for auction. At 4.9 GHz, we modernized the regulation of a 50 MHz swath of spectrum.  In the L Band, we authorized 30 MHz of spectrum for 5G and IoT.  At 5.9 GHz, we opened up 45 megahertz for unlicensed. Plus, we pushed out an additional 1,200 MHz for unlicensed in the 6 GHz band.  And of course, there’s the Big Kahuna, C Band, where we cleared 280 MHz of sought-after mid-band spectrum…. All told, our spectrum efforts over the past four years opened up more than six gigahertz of spectrum for licensed 5G services in addition to thousands of megahertz of unlicensed spectrum.”

Now, President Joe Biden has been in office for about two months now, but so far has not made his nomination for the Federal Communications Commission (FCC) Chairman, although current Commissioner and Acting Chair Jessica Rosenworcel appears to be the frontrunner for the position.

The danger of any new administration is that the current mix of policy that was working might be discontinued. But so far, that might not be an issue under Rosenworcel, who for example in 2020 joined the unanimous FCC in expanding mid-band spectrum between 3.7GHz and 24 GHz, opening 6 GHz band for Wi-Fi and other unlicensed uses. After all, these expansions are not really a partisan issue.

As Rosenworcel stated, noting how the use of Wi-Fi had expanded dramatically during the Covid pandemic: “It also proves just how extensively we are relying on Wi-Fi right now. Then consider that even before we reached this juncture the unlicensed airwaves that Wi-Fi depends on have been growing crowded.  Already the 2.4 and 5 GHz bands are used by billions of devices in the internet of things and that number is only poised to grow. Then consider that when we head to our 5G future we expect as much as 70 percent of traffic to be offloaded to unlicensed airwaves.  And take note that with fiber, cable, and commercial wireless all moving to gigabit speeds, existing Wi-Fi risks being the bottleneck for faster speeds at home.  Without making more and more wide channels available, our online experiences are going to feel a lot like getting off a superhighway onto a gravel road. We need to act. Because we need more Wi-Fi.  We need more unlicensed spectrum to carry all of the wireless activity that is coming our way.”

And the 5G expansion and transformation of the U.S. economy is only beginning, with the transition set to “create or transform” up to 16 million jobs and add $1.5 trillion to the U.S. economy by 2025, a new study from Accenture states.

The biggest gains in jobs will be seen with 1.9 million jobs in business and professional services, 1.6 million in real estate and rental/leasing, 1.6 million in auto and transport, 1.6 million in health care,1.5 million in public administration, defense and social and 1.2 million in information and communication.

The report states: “5G has the potential to create or transform up to 16 million jobs across all sectors of the economy. While these are a mix of part-time, full-time and temporary jobs, in many sectors they represent high-quality employment at prevailing wages, and industries including ICT, manufacturing, utilities, mining and quarrying and healthcare will generate outsized labor income per job. The nature of these jobs will also change, including more data scientists, engineers and automation professionals. For example, within the agriculture industry, we will likely see a focus on digitalization and automation, driving new jobs for drone operators to work alongside traditional farmers.”

Clearly, 5G will have implications when it comes to decoupling from China and insourcing more manufacturing and other production back to the U.S., finally being able to compete with the child and forced labor conditions in China — which will help boost the economy here and create even more jobs.

But to get there, the 5G economy in the U.S. will continue to need a market-friendly FCC that understands just how much of the spectrum, and how many new cell towers, fiberoptics and other infrastructure that will be necessary to carry the nation’s network into the future. The race for 5G has only begun. The FCC’s job is to simply get out of the way.