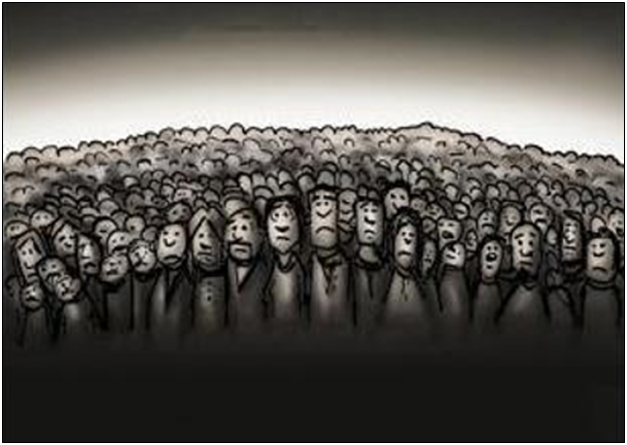 At the height of the Covid pandemic lockdowns in the winter and spring of 2020, schools, businesses and government offices across the country experienced massive closures. Air travel ground to almost a halt. And distribution systems for goods were temporarily disrupted. As a result, the amount of layoffs was enormous, with more than 25 million jobs lost by April 2020.

Now, in the 16 months since then, more than 19.7 million of those jobs have been jobs have been recovered through August, but the results vary by state, a July reading by Americans for Limited Government of local area unemployment statistics from the Bureau of Labor Statistics reveals. Suffice it to say, the destructive effects of the lockdowns were widespread as tens of millions of people suddenly stopped going to work, instantly creating a mini depression in what just months earlier were the most stellar labor markets in more than 50 years.

Still, there remain almost 5.6 million jobs lost to Covid, which the Centers for Disease Control report has claimed more than 640,000 American lives since last March.

Today, the states and localities that still have the most recover—measuring drop-offs in the employment-population ratio, or the percentage of working age adults with jobs, from Feb. 2020 to July 2021—are:

1) The District of Columbia, whose employment population ratio dropped from 68.5 percent to 57.7 percent, a 10.8 percent drop;

9) Los Angeles County and New York City, in which 4.1 percent each have lost their jobs to 57.4 and 54.4 ratios, respectively; and

10) Rhode Island, in which 4 percent lost their jobs to arrive at a 58.5 percent employment population ratio.

The states and cities with the worst lockdowns, run almost entirely by Democratic administrations and legislatures, have been hit the hardest and are taking the longest to recover.

From June to July, 25 Republican-led states lifted expanded unemployment benefits, impacting the July jobs number that saw more than 1 million more people say they had jobs in the household survey from a month earlier.

More than 74,000 of those new jobs were in Florida, which ended the $300 additional unemployment payments. Meanwhile, in New York, which kept the unemployment expansion and where a new spate of pandemic restrictions are being experienced saw 50,000 jobs lost in July.

Overall, though, nationwide the biggest gains have come simply from reopening schools and businesses, and letting people go back to work and as much as their normal lives as we remember.

This is long term damage of the Covid recession that will take years to recover from. And with another cold and flu season upon us with the delta variant that is vexing public health officials, the damage may not be over yet. Stay tuned.