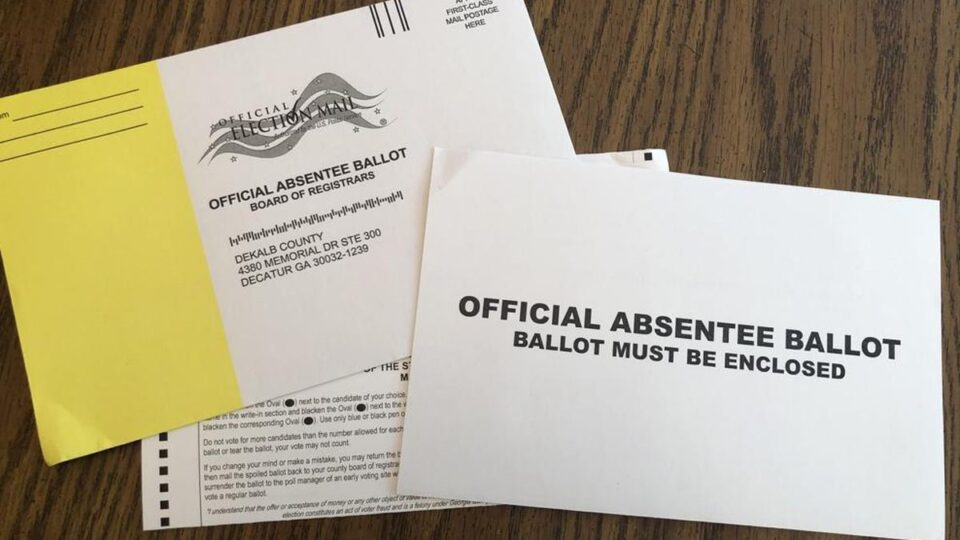 Where are the envelopes? This is one question that puzzled me throughout the course of the 2020 election recounts and legal challenges, primarily centered on controversial absentee mail-in ballots that the Trump campaign alleged were not properly verified before being counted.

In Georgia, for example, under Georgia Code Title 21. Elections § 21-2-390, the state is required to keep the envelopes of absentee ballots: “All official absentee ballots and envelopes on which the forms of affidavits and jurats appear shall be delivered to the clerk of the superior court or the city clerk upon the conclusion of the primary or election and shall be safely kept by him or her for the period required by law and then shall be destroyed.  The applications for such ballots shall be retained by the board of registrars or the municipal absentee ballot clerk for at least 24 months and then may be destroyed.” Currently, used and voided ballots are kept for two years in the state, according to Georgiaarchives.org.

In Florida, similarly, the state keeps both absentee ballots and ballot envelopes for federal elections are kept for 22 months after certification of an election.

And so forth, retention of election records by states is standard operating procedure. But not a single state appears to count the envelopes to be published on Election Day. And yet they should be.

What was mysterious to me is why Republicans challenging the results didn’t simply produce a list of everyone who it is stated to have voted by mail (i.e. the envelopes), count the number up and then count the number of mail-in and drop-box votes that were counted, and see what the “overvote” was.

If there were more votes than people who it is said voted, beyond the margin of victory, then in principle it could be quickly determined if anomalies — say photocopied ballots or some other form of illegal ballot harvesting depending on the state — could have made the difference in the election, or not.

If mail-in balloting in the post-Covid world is going to be more common-place, states should adopt laws where not only the ballots, but the absentee ballot applications and the envelopes the ballots are returned in are retained and counted. And then, you’d want a requirement that the number of ballots match the number of envelopes, and if they don’t, a mandatory audit proceeds. Something like that.

Then after the fact you can go county by county and say, how many applications, how many envelopes, and how many mail-in votes.

If the envelopes are not retained or are simply not counted afterward, the possibility emerges that election workers could just randomly select a voter in the precinct who they know didn’t vote and just make that voter who a fake ballot was attributed to.

Whereas, if the envelopes are retained and counted, in the least, anybody looking to verify the results could do so by looking  ballots in excess of available voter-eligible envelopes, down to the county and precinct level. That might be the sort of evidence that might have compelled a judge to open up the ballot boxes and take a closer look at a particular county or city’s results.

In 2020, the fact that Republicans challenging the results were never able to produce basic numbers on absentee ballot overvoting when everyone was looking at the mail-in balloting question made it extremely difficult for former President Donald Trump to make a public case about the results of the election. It certainly made any analysis at the time next to impossible.

On the other hand, and to be fair, no matter what amount of evidence of irregularities the Trump campaign produced in no matter how many states, including legitimate constitutional equal protection questions emerging under the Fourteenth Amendment about how absentee ballots were inconsistently handled or how states’ governors had arbitrarily changed election rules without state legislature participation, federal courts failed to take any substantive cases. Neither did the Supreme Court.

Now, even if courts had found that the cases after the counts lacked justiciable remedies because under existing law ballots could not be put back in their envelopes, they still could have found certain practices were unconstitutional, like barring election observers from inspecting and verifying voter eligibility, or arbitrarily changing election laws, that could have created precedents for better election counting in the future. Instead, courts tragically punted all of these issues.

Like every challenge to national elections that has come before, whether by Jill Stein  in 2016 or Al Gore in 2000, in 2020 with the Trump challenges everyone was expected to take a lot on faith. The challenges, at least their portrayals in media outlets, tended to be as opaque as the lack of post-election data, other than reading individual court filings. Data that journalists could verify on their own via publicly available databases were largely unavailable and what was available was hardly uniform, adding to an overall lack of public confidence in the nation’s election systems and specifically with mail-in absentee ballots.

In 2021, with the technology at our disposal, such an outcome is simply unnecessary. In fact, it is a matter of public record who votes in every election. It’s simple enough, you either fill out an absentee ballot application, and there’s a record. Or you go vote in person and sign in, in which case there’s a record.

Therefore, state officials and anyone seeking to challenge mail-in ballots do not necessarily even need the ballots during an early audit of an election, just a list of everyone who voted by cross-verifying the envelopes the ballots arrived in, compare that number to actual turnout, and see if the numbers are close to matching. It’s the simplest way to see if the ballot boxes are being stuffed with unattributed votes, or if there is double-voting.

If the numbers match or are super close to matching, then there was no ballot stuffing. At least not with Xerox machines or double voting. If they’re wildly different, then credible challenges to mail-in voting can be elevated in the legal system.

To do fraud that stage, if states require or are required to retain the envelopes, a potential fraudster would not only have to produce the ballot, but the envelope with the voter’s credentials on it to match it. It would make it a lot more difficult at least, which should be the goal.

And then, if Congress and states wanted to make mail-in ballots fully accountable in the modern sense, one option states could opt to use would be blockchain encryption key technology to match every ballot back to their envelope such that if an envelope was successfully challenged after the election, that vote could be removed from the count. Of course, such an undertaking would be highly controversial. While blockchain could be used to ensure to keep ballots anonymized, the flip side is the secret ballot would not be so secret after that.

On the other hand, somebody who’s ballot was being challenged would presumably then be able to mount a defense of their ballot.

Using the same system, voters could be alerted via text messages if somebody has voted on their behalf, the same way a bank notifies you of a suspicious purchase. So, when an absentee ballot is received at a precinct before election day, the voter could get a text verifying its receipt. If it’s fraudulent, they can have it cancelled before it’s ever counted.

Or, say it’s after the election and somebody checks to see if they voted, and the system says they did, but they know they did not in fact vote. States could then allow a voter who somebody else voted in their name to file a challenge and say their ballot was invalid and then have it removed from the count.

Of course, the safest way to prevent absentee ballots from being misused is to make them rare and otherwise require in-person voting with voter identification. And then for absentee voting, simply require that absentee ballots be individually requested, as under the prior system, preferably with voter identification, which of course would be far more secure simply by limiting the universe for potential fraud.

The point is, in terms of states retaining absentee ballot applications and the envelopes ballots are mailed in, if we’re stuck with mail-in ballots, then the system should be as secure as possible.

Not to put too heavy of a point on this: Without the envelopes being secured, it was probably always going to be almost impossible to prove a mail-in fraud scheme one way or another. For those states that don’t require envelope retention, they should. Every state should count the envelopes alongside the ballots to ensure there is no overvote. The ballots and envelopes could be required by states to carry blockchain encryption so that every ballot “agrees” with its accompanying envelope. And if the states won’t secure the mail-in ballots, Congress could eventually require these as a standard, national feature of mail-in, absentee balloting. Keep the envelopes, secure them and count them. Because we’re going to need those later.

How many absentee ballot applications, how many envelopes and how many mail-in votes should all be publicly available information on Election Day to give the highest level of confidence possible in the validity of election results, and to potentially detect large anomalies. States would need additional machines to count envelopes, and would need a contractor to develop the encryption and detection systems. The question is not whether we possess the technology to do this. Between blockchain and modern databases, what is described is doable.

What is mysterious is there doesn’t appear to be a single state where these are standard features. What is not mysterious is why so many people are questioning the results of this election and other elections when basic questions like these are not easily answered.

Never again should the nation be in a post-election challenge scenario without this type of data readily available to both state officials and challengers, especially if mail-in ballots are going to remain prevalent. Blockchain could help secure the elections.