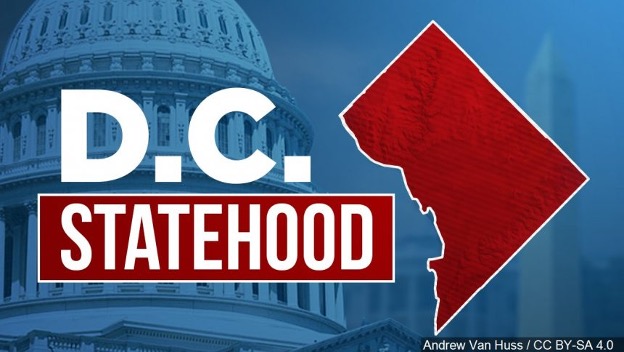 Everything at the top of the Democratic agenda is cementing power and establishing one-party rule, an alarming trend to say the least that should have all fair-minded Americans concerned in the current cancel culture environment.

The House of Representatives voted on a party-line vote on H.R. 51 to make Washington, D.C. the nation’s 51st state, with 216 Democrats in favor and 208 Republicans opposed, and with the measure now proceeding to the U.S. Senate where it is almost certainly doomed to failure with 60 votes still needed to advance legislation making permanent changes to law.

With the District of Columbia, that would add two seats to the U.S. Senate, which would practically be guaranteed to be awarded to Democrats, given the wide margins that Democratic candidates for president win there. In 2020, President Joe Biden beat former President Donald Trump 92 percent to 5.4 percent. It’s that bad.

In fact, the only reason to do it is to give Democrats more power, which appears on all their top agenda items: Add four justices to the Supreme Court so Democratic-appointed justices get a 7 to 6 majority, add two senators to Senate so Democrats get a 52 to 50 majority, make mail-in voting all but mandatory so that Democrats can win more seats in Congress and the White House more often, or get another two Senate seats by making Puerto Rico a state, etc.

Everything at the top of the Democratic agenda is cementing power and establishing one-party rule, an alarming trend to say the least that should have all fair-minded Americans concerned in the current cancel culture environment.

Fortunately for the nation’s two-party system that in part helps preserve liberty, both Senators Joe Manchin (D-W.Va.) and Kyrsten Sinema (D-Ariz.) have come out against abolishing the Senate filibuster under Rule XXII that has stood since 1917, although has been whittled away by former Senate Majority Leaders Harry Reid (D-Nev.) in 2013 and Senate Minority Leader Mitch McConnell (R-Ky.) in 2017 when he was the Majority Leader, first for lower court and executive branch nominees, and then for Supreme Court nominees.

The form for doing so is to override the parliamentarian’s ruling every time there’s a cloture vote on a nominee—the standing rule still says three-fifths, or 60 votes—and then vote to say the parliamentarian counted wrong, it only took 51 votes after all to advance the nominee. This would be how the filibuster would be abolished for legislation, too.

Except Manchin and Sinema say no.

Sinema in an early April interview in Phoenix stated, “When you have a place that’s broken and not working, and many would say that’s the Senate today, I don’t think the solution is to erode the rules. I think the solution is for senators to change their behavior and begin to work together, which is what the country wants us to do.”

Good will. That is all that preserves the Senate’s two-party tradition, where it usually requires bipartisan support to move major pieces of legislation—and could be what is saving America from a spate of one-party rule.

Thank you, Senators Manchin and Sinema!

To be fair, it wouldn’t be the first time in one party has dominated the nation’s politics: The Federalists did it in the early 1790s under George Washington, establishing the expansive federal government including the Department of Treasury, Republicans did it during the Civil War and during Reconstruction in the 1860s and Democrats did it in the New Deal in the 1930s.

What Democrats should remember is that nothing lasts forever. They can create new states and pack the court or create rules favorable to their own reelection, but whatever rules Democrats create today, Republicans will exploit it tomorrow, rest assured. They can make more states and pack courts or put in place voting rules that favor their reelection, too, and the top priority of Congress will no longer be to serve the American people—but a partisan bid to acquire and expand power.