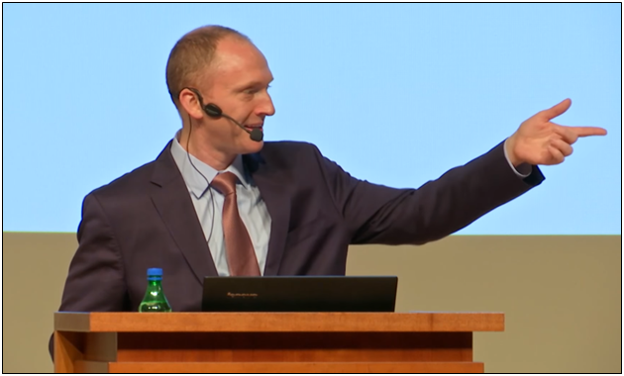 The American people’s representatives do not even get to ask questions of this court. Maybe it’s just time to abolish it.

Established under 50 U.S. Code § 1803(i) in the 2015 USA Freedom Act, which replaced the Patriot Act, the amici curiae advisors have as their duties to provide “legal arguments that advance the protection of individual privacy and civil liberties;  information related to intelligence collection or communications technology; or legal arguments or information regarding any other area relevant to the issue presented to the court.”

Since the FISA Court lacks any defense counsel to remind the judge that it is wholly unconstitutional to spy on American citizens, it is a one-sided affair where the Justice Department presents evidence to justify spying on American citizens. No crime needs to have been committed, just show evidence that the individual may have been in contact with a foreign power via an agent or official, and then the FISA Court can authorize access to your phone calls, emails, text messages and other documents, and also those of contacts and contacts’ contacts.

The amici curiae are supposed to act as a stand-in for defense counsel. In the case of McCord, however, who helped steward the Carter Page FISA warrant across the finish line in Oct. 2016, is this a case of a fox guarding the hen house?

The allegations originated from the DNC and the Hillary Clinton campaign, who hired Fusion GPS and former British spy Christopher Steele to produce the fake dossier, and then were forwarded to the FBI, who initiated the investigation, resulting  in an Oct. 2016 Foreign Intelligence Surveillance Act (FISA) warrant against then-Trump campaign advisor Carter Page, his contacts, and his contacts’ contacts. It gave the government access to campaign emails, phone calls, text messages and other communications.

The warrant was renewed three times even after Jan. 2017, when the FBI learned that Steele’s source had contradicted him when questioned by the FBI. According to Justice Depatment Inspector General Michael Horowitz’ report, once the main source that Steele used was contacted, “the Primary Sub-source made statements during his/her January 2017 FBI interview that were inconsistent with multiple sections of the Steele reports, including some that were relied upon in the FISA applications. Among other things, regarding the allegations attributed to Person 1, the Primary Sub-source’s account of these communications, if true, was not consistent with and, in fact, contradicted the allegations of a ‘well-developed conspiracy’…”

Instead, the Justice Department doubled down. Per Horowitz, “However, we found no evidence that the Crossfire Hurricane team ever considered whether any of the inconsistencies warranted reconsideration of the FBI’s assessment of the reliability of the Steele reports or notice to OI before the subsequent renewal applications were filed. Instead, the second and third renewal applications provided no substantive information concerning the Primary Sub-source’s interview…”

And through it all, McCord was at Justice through April 2017, when it had already been approved three times, even as the Justice Department surely knew its case was falling apart.

Ultimately, it was Special Counsel Robert Mueller whose final report in 2019 found no conspiracy between Russia and the Trump campaign to hack the DNC and put the emails onto Wikileaks. Per Mueller, “the Office did not find evidence likely to prove beyond a reasonable doubt that Campaign officials such as Paul Manafort, George Papadopoulos, and Carter Page acted as agents of the Russian government — or at its direction, control or request — during the relevant time period.” As for Michael Cohen, per Mueller, former Trump lawyer “[Michael] Cohen had never traveled to Prague…” even though Steele had Cohen supposedly in Czech Republic in the summer of 2016 meeting with Russian agents.

Mueller added, “the evidence was not sufficient to charge that any member of the Trump Campaign conspired or coordinated with representatives of the Russian government to interfere in the 2016 election.”

And, yet the dragnet against the Trump campaign and then former President Trump would drag on from the summer of 2016 all the way until March 2019 when Mueller issued his report.

So, what role did McCord play? According to the Horowitz OIG report, “Mary McCord was NSD’s Principal Deputy AAG when Crossfire Hurricane was opened. She told us that she received a comprehensive briefing from the FBI on the investigation in January 2017, by which time she was the Acting AAG of NSD.187 She said that prior to that time, she was involved in certain aspects of the investigation through OI’s assistance with the first Carter Page FISA application in September and October 2016, as well as through meetings she attended in November and December 2016 about aspects of the Manafort and Flynn cases. She said that she neither attended nor received long debriefs about the weekly Crossfire Hurricane meetings attended by other NSD officials before the election. According to McCord, as a general matter, it was typical for Department attorneys not to become directly involved in a counterintelligence investigation until the case required legal guidance or legal process. According to McCord, by January 2017, developments in some of the cases, particularly the Flynn and Manafort cases, led to the need for a comprehensive briefing for Department officials on the different cases the FBI was pursuing, as well as for the greater involvement of prosecutors moving forward.”

McCord apparently pushed for more info for the FISA court on who hired Steele (i.e. the DNC and the Hillary Clinton campaign): “Similarly, during her OIG interview, then NSD Principal Deputy Assistant Attorney General Mary McCord recalled that she had a telephone conversation with then Deputy Director Andrew McCabe during which she advised him that she believed the FISA application needed to include more information about who hired Steele, and that McCabe did not push back. 274 McCabe told us that he did not recall any specific conversations with McCord about this FISA application.”

Here again: “McCord told us that she spoke to McCabe almost every day on various matters and had more than one conversation with him about the Carter Page FISA application, but she did not specifically recall whether she had a conversation with McCabe on or about October 17, and if she did, what specific issue would have prompted a conversation at that time. She said that she believed her most significant conversation with McCabe about the first FISA occurred in October. She said it was the telephone call described earlier, before or during the drafting of the Steele footnote, in which she and McCabe discussed Steele and the need to include more information about the source in the application.”

That was still an understatement. It turns out, the Steele dossier was ultimately paid for by the DNC and the Clinton campaign, which should have resulted in additional scrutiny of Steele and his sources. But it was not until Jan. 2017 that the Steele dossier began to be debunked by the FBI. Why didn’t they investigate Steele and his sub-sources first? Instead they ran straight to the FISA Court for a rubber stamp to spy on the Trump campaign.

And, McCord, who did nothing to stop it, is now named a friend of the FISA Court. That too is an understatement. Maybe she’s too friendly to the court.

The reason it is possible, according to the Mueller report, FISA applications only require a “fair probability” of being a foreign agent, “On four occasions, the Foreign Intelligence Surveillance Court (FISC) issued warrants based on a finding of probable cause to believe that Page was an agent of a foreign power. 50 U.S.C. §§ 1801(b), 1805(a)(2)(A). The FISC’s probable-cause finding was based on a different (and lower) standard than the one governing the Office’s decision whether to bring charges against Page, which is whether admissible evidence would likely be sufficient to prove beyond a reasonable doubt that Page acted as an agent of the Russian Federation during the period at issue. Cf United States v. Cardoza, 713 F.3d 656, 660 (D.C. Cir. 2013) (explaining that probable cause requires only ‘a fair probability,’ and not ‘certainty, or proof beyond a reasonable doubt, or proof by a preponderance of the evidence’).”

That is the thorny problem that Congress must address. Intelligence inherently relies on hearsay and whisper networks in what could be rumors or real actionable intelligence. Without verification, there is no way to tell. The system relies on the honesty and integrity of the agents making the applications, who must guard against fallacious applications like the 2016 Page application was invariably used to target political opponents, tearing the country in half.

Never mind about the Fourth Amendment and the protections against unreasonable searches. The courts have rendered a mass surveillance to be “reasonable” under the Constitution. What a joke.

Now, perhaps having witnessed the Page application’s failure, McCord might be uniquely qualified to prevent the same mistakes of targeting political opponents from being repeated. Or perhaps McCord has no regrets at all about the Page application, and she’s there to make certain they are repeated. We don’t really know. Since the FISA Court’s amici curiae are appointed by the court itself, she will never have to testify to the Senate about why she is best suited for the role. The American people’s representatives do not even get to ask questions of this court. Maybe it’s just time to abolish it.