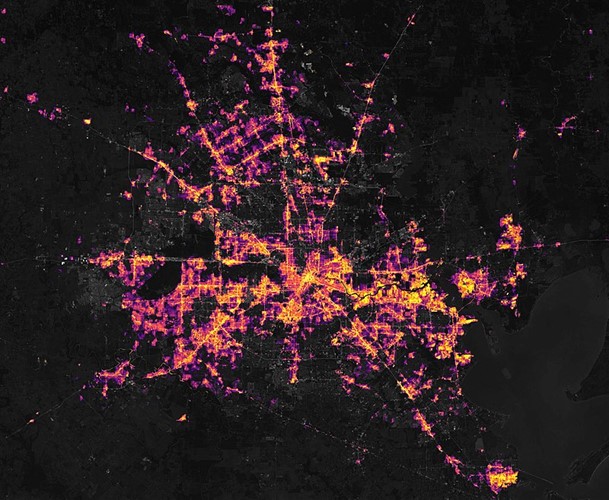 The catastrophic blizzard and power outage in Texas in Feb. 2021 brought about half of the state’s electricity generators offline at some point during the crisis amid surging demand, forcing Electric Reliability Council of Texas (ERCOT) to engage rolling blackouts across the state to save the electricity grid, and leaving more than 4.5 million homes and businesses without power and heat for days, and causing at least 70 deaths.

Yet, one remarkable metric that has not been discussed so much is that Texas has not added almost any winter operational capacity for its thermal sources of natural gas, coal, nuclear and biomass, despite a 13.4 percent increase in annual demand from 2013 to 2021, according to an Americans for Limited Government Foundation analysis of ERCOT data.

While natural gas makes up a larger percentage of the grid’s overall operational capacity today, that has come primarily at the expense of coal as generators in some cases were retrofitted for natural gas the past decade amid federal regulations and incentives to make the switch. There are now 21 coal generator units, down from 30, and the number of nuclear generators remains the same at four, and there are now 311 natural gas units, up from 303 in 2013.

Ice froze wind turbines, gas pipes, instrumentation, solidified piles of coal, resulted in a sensor coming offline that led to a shutdown of one of the four nuclear generators as a safety feature and the cloud cover lowered solar output.

Just about everything that could go wrong for the Texas electricity grid, did go wrong.

Making matters worse, when the rolling blackouts were implemented, they hit some of the natural gas production including compressor stations, reducing the flow of gas and exacerbating fuel supply problems during the crisis, creating a vicious cycle of even more natural gas generators coming offline not because they froze, but because they ran out of fuel. It is still not known what the precise breakdown of these two types of failure were.

But whereas state planners anticipate that renewable electricity from wind and solar can cease functioning intermittently from lack of wind or sunlight, what was not anticipated was the deep freeze impacting baseline energy sources of natural gas, coal and nuclear.

ERCOT could consider requiring all generators to be dispatchable, or having the ability to generate electricity on demand, including wind, by potentially keeping backup generation on site.

However, because the natural gas generators run intermittently at lower levels when the wind is blowing, but at higher levels when the wind is not blowing, could that lead to lower pressure in the pipes at critical moments? Should Texas ensure greater thermal dependency from the natural gas generators in the winter to keep the pipes fully pressurized?

Suffice to say, the failure of these baseline operators looms large in the near collapse of the grid, which was said to be minutes away from completely failing. These are all items for ERCOT and the Texas legislature to investigate, to determine where the precise failures occurred and how to shore up capacity so this never happens again.

For example, state officials are now considering new measures for proper winterization of utilities. But similar promises were made after the 2011 power outage in Texas. Clearly, better insulation for gas pipes and coal looms as some of the most immediate fixes that can be done.

Texas — and other states across the country — would do well to consider expanding baseline sources of electricity production for natural gas, coal and nuclear, to prepare for even harder winters and even greater demand in the future. Wind and solar account for a much greater portion of Texas’ grid today, but in this situation they were no replacement for baseline energy.

One potential obstacle to expansion, however, could be Texas’ 20 percent ownership rule pursuant to Senate Bill (SB) 7 that passed Texas in 1999. Since it went into effect in 2002, a power company including affiliates cannot own more than 20 percent of generating capacity in a power region.

While initially the intent of the language was to ensure abundance of energy, since its adoption, there hasn’t been substantial expansion of megawatt capacity from thermal sources since the late 2000s.

According to a Federal Energy Regulatory Commission summary of the rules in 2000, the rule explicitly bars companies “from increasing their share of capacity in a single region”: “The state is to be divided in to a number of power regions, and after January 1, 2002, no one generating company, including their affiliates, can own more than 20 percent of the generating capacity in any power region.  A power region is conterminous with one of the nine reliability subdivisions within ERCOT or the relevant portion of a reliability region that is located outside of ERCOT but within Texas.  The 20-percent rule is complex, and operational or environmental factors, may result in the incumbent utility controlling more than 20 percent of capacity in a single region.  However, the rule itself and the PUCT’s policy of preventing incumbent utilities or their affiliates from increasing their share of capacity in a single region reflects the State’s concern with potential market power that can flow from concentrated supply in times of generation shortages.”

Does the 20 percent ownership rule create a potential perverse disincentive and presently bar operators from expanding thermal capacity, and why it has not grown at all since 2013 despite a 13.4 percent increase in demand?

To know for certain, the state of Texas will have to examine if companies are already near 20 percent of ownership in certain regions where failures occurred, or what other potential obstacles have barred expansion of capacity. Either way, Texas should consider revising the language of SB 7 to allow the grid to grow more with an eye towards redundancy and reliability, firming up the infrastructure, and particularly being able to meet peak demand in the winter.

Even though freezing temperatures are rarer in Texas during the winter, the state needs to be prepared in the future — or else this will happen again.