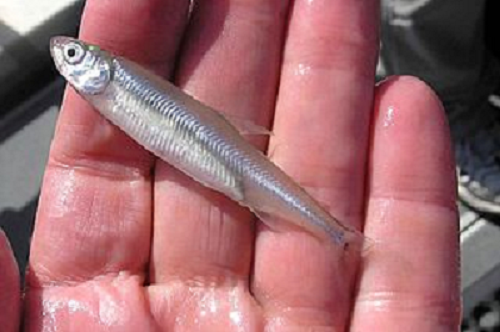 The Endangered Species Act (ESA) has been stretched far beyond the intentions of Congressional representatives, and it is badly in need of reform. For example, loopholes in the law allow left-wing environmental groups to collect taxpayers’ money for keeping federal employees from doing their job, which is to help endangered species recover. This money is sometimes awarded on top of taxpayer-funded contracts and grants given to these same groups.

Representative Don Young (R-Alaska), the last remaining member of Congress who voted for the ESA has said, “The Endangered Species Act (ESA) has been weaponized and misused by environmental groups for too long.” The law passed overwhelmingly, but according to Young, “You have to understand when we had this act before us … we were told it was to save leopards and other species, it was never for grass … and flies, and snails, and turtles…”

How are radicals exploiting the Endangered Species Act? Under the current law, left-wing groups are able to overwhelm the Fish and Wildlife Service and the National Marine Fisheries Service with petitions to list many species as endangered and then sue when the government is unable to respond to the petitions before the arbitrary deadlines enshrined in the ESA. Radical environmental groups, such as the Center for Biological Diversity, WildEarth Guardians, the Sierra Club, and the Natural Resources Defense Council, have been gaming the system in this fashion for decades. The most litigious o these groups have sued the government hundreds of times. Even more infuriatingly, some environmental groups, such as WildEarth Guardians, the Natural Resource Defense Council, and Defenders of Wildlife, have been taking federal grants and then suing the government for more money.

The abuses of the Endangered Species Act have been so egregious that Congress should take bold action. First of all, the law should be changed to require Congressional approval for any further listings.  The authority to declare a species is endangered — which could kill thousands of jobs, destroy the property values of thousands of homeowners, and ruin whole towns – is just too great to be wielded by unelected, unaccountable bureaucrats.

Secondly, the law should be changed to no longer allow environmentalists to sue the government for not responding to a petition to add a species to the endangered list. Of course, taking away the ability of environmental groups to sue over petitions would remove their ability to collect excessive attorney’s fees. We want the government to thoroughly research each species and consult with local and state officials before deciding whether to list that species as endangered or threatened. If the government is racing to meet a deadline to respond to a petition, its research is likely to be of lower quality.

Finally, those who receive taxpayer-funded grants and contracts should be barred from suing the government under the ESA. If radical groups wish to sue the government, they should be expected to find their own funding sources. Taxpayers should not be forced to fund both the plaintiffs and the defendants in these suits.

On the need for Congressional action to reform the Endangered Species Act, Americans for Limited Government President Rick Manning stated the following:

“Outrageously, left-wing environmental groups are allowed to submit piles of frivolous petitions for endangered species status — tying the federal bureaucracy up in knots — and then sue when the government is unable to respond promptly to these petitions. These groups, such as WildEarth Guardians and the Center for Biological Diversity, are often able to collect exorbitant attorney’s fees for these cases. What’s further galling is that some of these same groups suing the government receive federal contracts and grants. Simply put, left-wing groups should not be paid to keep federal employees from doing their jobs. Congress must step in, reform the Endangered Species Act, and end this insanity.”

With these few reforms, Congress could hamper the ability of the Left to abuse the Endangered Species Act while enabling Fish and Wildlife Service and National Marine Fisheries Service employees to get back to their important work of helping endangered species recover rather than wasting time on frivolous litigation. However, until Congress does act, we should expect left-wing groups will continue to use the law as a wrecking ball to damage our economy and as a means of picking the pockets of taxpayers.