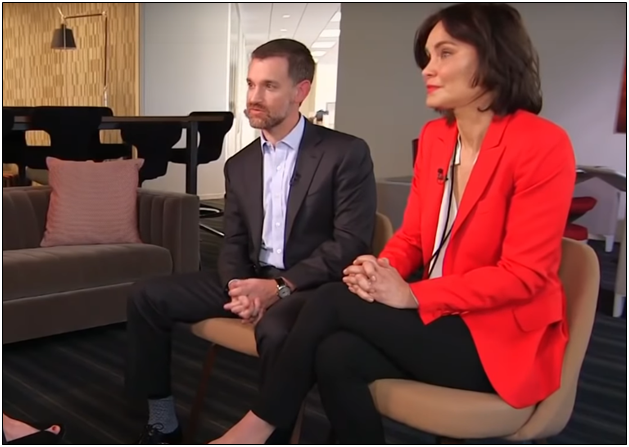 You might not have heard of them, but billionaires John and Laura Arnold have given millions of dollars to liberal politicians and causes in recent years. Several years ago, Laura Arnold told a Houston newspaper that “at the most basic level, the mission is to change the country… So we ask in what areas…can we make the biggest impact? We’re open to doing anything.” She went on to say, “We think of ourselves as sort of R&D for the country… A kind of laboratory for the country. We pick the idea up, whatever it is, and make it happen by whatever means necessary.” Just who is this power couple, and what have they been funding?

John Arnold made his massive fortune as a hedge fund boss. Shortly after the Texas native graduated from Vanderbilt, he went to work for Enron. He traded natural gas derivatives at Enron and earned an $8 million bonus just before the company went bankrupt. With this bonus money, he set up his hedge fund, Centaurus Advisors, and hired former Enron traders. His fund was so successful that he was able to retire a billionaire at the age of 38.

Laura Muñoz Arnold also has an impressive resume. She was born in Puerto Rico and moved to Florida as a child. She graduated from Harvard, received her law degree from Yale, and received a master’s degree from Cambridge. She then worked as a corporate lawyer and as an oil industry executive.

Over the past dozen or so years, the Arnolds have been trying to “change the country” by supporting liberals and liberal causes. John Arnold was a bundler for Obama and has given over $130,000 to Democrats over the past year or so; Laura Arnold has given over $50,000 to Democrats over the same time period. The Arnolds also funded an effort to redistrict two states with Republican legislatures. The Arnolds have also contributed a total of more than $5 million to the American Civil Liberties Union (ACLU), the Center for American Progress, and the Southern Poverty Law Center (SPLC).

Another way the Arnolds tried to “change the country” was by funding a secret spy plane to provide surveillance photos of Baltimore in an effort to solve crime. Using two different foundations, the Arnolds paid hundreds of thousands of dollars to a company that brought battlefield technology to the home front. While there might be a reasonable case for deploying such technology, the community should have had a say in the decision. Instead, the Baltimore Police quietly approved the pilot program without even bothering to inform the mayor or city council members. After months of surveillance, news of the program broke. Many people were displeased, and the program was halted. The Arnolds have offered to pay millions of dollars for an expanded surveillance program using three planes, but the city has so far not accepted the offer. Maybe next time, the Arnolds should take the time to talk to the people they are trying “help” before proceeding to fund another controversial program.

What was the Arnolds’ response to the controversy? Laura told a local Baltimore newspaper that, “As supporters of the ACLU we deeply recognize the concerns and the tradeoffs that need to be made on privacy… Not only do we fully respect and support that process; for us, we don’t see it as a contradictory thing. We should have this conversation.” She is correct that there should be a public discussion whenever the government decides to use new surveillance technology – but that conversation should be had before the new surveillance program is begun, and not afterward.

It is a shame that the Arnolds, who have benefitted so richly from our country, would fund those working so hard to take away our constitutional rights and destroy the American dream. With billionaires like George Soros, Michael Bloomberg, Tom Steyer, Pat Stryker, and Rob McKay all funding the detrimental leftist agenda, the last thing the country needs is a billionaire couple dumping even more money into the Left’s coffers.