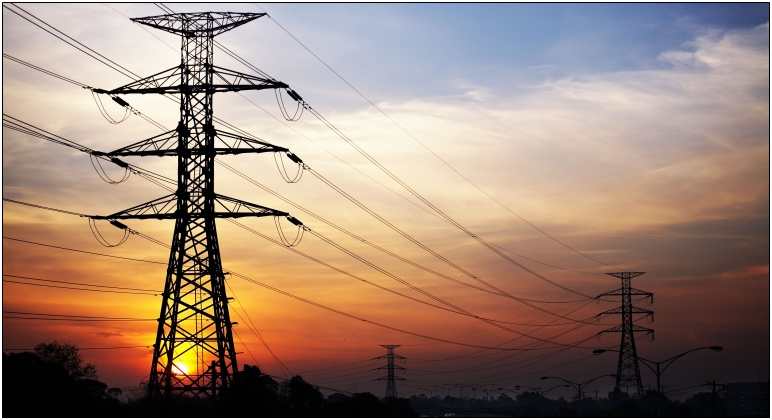 Unfortunately, the fact of the matter is that solar energy is harming taxpayers and utility customers and soaking up funds that would be better spent on maintaining and upgrading the grid. This report explains why politicians, regulators, and the utility industry should halt the rush toward more solar energy production.

America’s relatively cheap and reliable electricity gives it a competitive advantage over many other countries where electricity is unreliable or more expensive. To keep this advantage, we must choose dependable, cost-effective sources of electricity to supply the grid and expand capacity as necessary. The alternative of rushing government-favored technology into production before it is ready and before the costs and ramifications of the new technology have been thoroughly examined is a recipe for disaster.

While many people applaud green energy construction projects, they may not be aware of all the costs associated with green energy.

“In 2016, an analysis by Strata Policy found subsidies for intermittent energy sources create unseen costs for electricity consumers. First, Americans subsidize the building and operation of wind and solar projects through their taxes. Second, they pay for the electricity these projects produce. Finally, consumers pay the extra costs associated with ensuring reliability as more intermittent sources are deployed.”[1]

Solar power is often generated 100-200 miles from cities.[2] To transmit the electricity from these plants to far-off customers, costly new high-voltage transmission lines must often be built.

Due to its variability, adding more solar energy to the grid necessitates an increase in reserve electric generating capacity. And this reserve capacity must be able to be quickly brought online or ramped up to make up for any lull in solar energy production.

“VG [variable generation] also is not always completely predictable, even on short timescales. This can increase the potential for mismatches between generation and load and, hence, the need for increased regulating reserves.”[3]

Typically, this need for reserve capacity is met by natural gas-fired power plants, which can ramp up much more quickly than coal.

The money spent on additional backup power plants and miles of high-voltage transmission lines would be better spent on trimming trees near power lines, replacing aging equipment, securing the grid from hackers, and shielding the grid against solar storms. For 2017, the American Society of Civil Engineers gave U.S. energy infrastructure a grade of D+ and wrote,

“Most electric transmission and distribution lines were constructed in the 1950s and 1960s with a 50-year life expectancy, and the more than 640,000 miles of high-voltage transmission lines in the lower 48 states’ power grids are at full capacity.”[4]

Government subsidies and mandates have fostered investment in green energy.

“There are a number of drivers for sustained high investment in renewables. A primary driver is RPS [renewable portfolio standard] goals and mandates. Currently 37 states, four US territories, and the District of Columbia have RPS or voluntary goals that require a certain percentage of electricity sold by utilities be from renewable sources by a target date. The target years range from 2015 to 2045 and renewable percentage goals vary widely. Some of the most ambitious are California’s mandate to reach 50 percent by 2030, Vermont’s goal to reach 75 percent by 2032, and Hawaii’s target of 100 percent by 2045.”

“Companies that build renewable generation know they can often sell the power to other utilities at higher prices than fossil fuel-generated power, since many utilities have requirements to purchase electricity from renewable sources to meet state RPS.”[5]

Without incentives, relatively few consumers would be interested in investing tens of thousands of dollars in solar panels when it is unclear if the panels will ever save them much money.[6] For example, in Nevada when incentives were dialed back, the solar panel industry imploded.[7] After the Nevada Public Utility Commission voted to end a generous subsidy program, three companies stopped selling solar systems in the state,[8] and over 2,600 solar industry jobs were lost.[9]

One of the most common solar incentives offered by utility companies is net metering, which is funded by utility customers. The Solar Energy Industries Association (SEIA) describes net metering as, “allowing residential and commercial customers who generate their own electricity from solar power to feed electricity they do not use back into the grid.”[12]

According to SEIA, 38 states[13] have adopted state-mandated net metering systems putting the government’s thumb on the scale toward mandatory payment rates benefitting solar users. In some states, power companies pay customers the wholesale rate for the power they supply to the grid; but in the majority of states, power companies are compelled by state governments to pay customers the full retail rate.

Utility companies purchase electricity from a number of competing sources at wholesale rates with those rates fluctuating throughout the day based upon demand. The wholesale cost does not include purchasing or electricity delivery costs. The retail cost is what the residential or business consumer pays for electricity that is purchased and then delivered using the electrical grid.[14] Yet with retail net metering requirements, solar households use the grid to transmit electricity to and from their home, but do not pay their fair share for it.

It is unfair for solar customers to be paid the full retail rate for their excess electricity because the retail rate covers the cost of infrastructure and overhead, not just the value of the electricity itself. When states require utilities to purchase excess electricity back from solar customers at the retail price, they create a distorted one-sided market where the utility can neither reject the product because it is unneeded, nor pay the provider the true worth of the product.

If there are only a relatively small number of consumers supplying energy to the grid, then the cost to utility companies and their customers is minimal. But as the number of customers benefiting from net metering grows, the costs to power companies and their customers grow too. The obvious impact is to create a greater strain on non-solar residential customers whose rates would have to increase to cover the electricity grid maintenance and updating costs avoided, at least in part, by solar customers.

As intermittent solar power is added to the grid, the grid has to be upgraded to ensure its stability and reliability. It is crucial for there to be a balance on the electrical grid between energy production and energy consumption; and one of the stressors on the electrical grid is unreliable solar energy.[16] One minute, the sun is shining brightly and solar panels are churning out excess electricity that is being supplied to the grid; and the next minute, the sun is behind clouds; and the output from solar panels collapses. When solar energy production drops, either additional electricity from another source must be added to the grid or customers’ power must be cut to avoid damaging the grid.

Free-riding solar customers force utilities to pay for the maintenance and upgrading of the electrical grid while relying upon fewer ratepayers. The perverse effect is that solar customers benefit when retail electricity rates are necessarily forced higher for non-solar consumers.

This cost-shifting can be easily visualized with the following simplistic example. Suppose the cost of maintaining the grid were $100 for 100 people and each paid $1 to cover the cost. Then suppose that 10 of those customers adopted solar and stopped contributing to the maintenance costs. In that case, the remaining ninety customers would have to pay $1.11 each, rather than $1. Obviously, if 50 of these customers no longer paid for the grid, that increase in costs to the remaining 50 would jump to $2 to maintain the grid that they all use. And, of course, if everyone were a free-rider, the grid would eventually cease to exist. When the sun went down, those customers who were not able to store enough electricity for their own needs would be without power until the sun rose again.

Endangering the Reliability of the Grid

Nor is the intermittent nature of solar energy is the only problem.

“The addition of substantial levels of wind and solar resources to an electric energy grid raises significant reliability concerns at the transmission system level because these resources operate intermittently and, unlike other generating resources, they do not spin in synchronism with the grid…  Dependable rotating generation operating in synchronism across the power system enabled the evolution of the modern grids.  Without due regard to the issues of intermittency, voltage control, frequency control, and grid inertia an electric grid cannot operate reliably and stably.  If the first world continues to expect affordable electricity, when we want it and in whatever quantity we want, these needs must be met.”[17]

So we see that solar energy is failing in multiple ways. After years of generous, tax-payer-funded subsidies, solar energy is still unable to compete on a level playing field with coal, natural gas, and nuclear power. Regrettably, solar energy’s higher costs have a human impact making it tougher for less affluent people to stay cool in summer and warm in winter. With so many affordable, reliable energy resources in this country, there is just no excuse for the government to be mandating and subsidizing green energy production. Finally, unreliable solar energy often requires expensive changes to the grid and endangers the reliability of the grid.