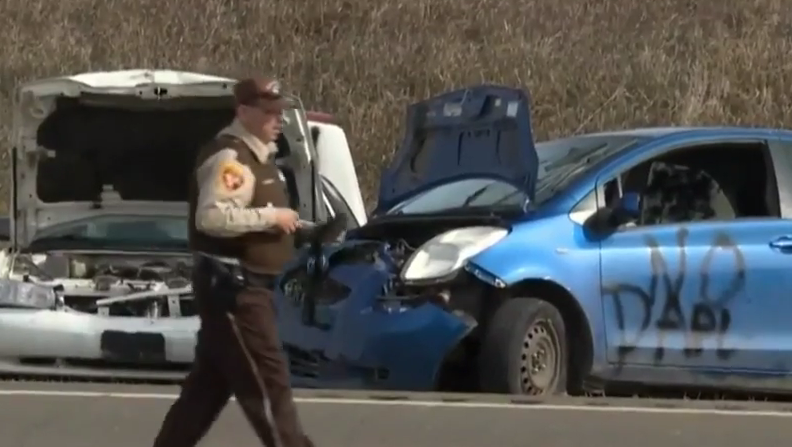 Last summer, hordes of professional leftists, ne’er-do-wells, thugs, and drug users descended upon North Dakota intent upon “helping” the tribes opposing the Dakota Access Pipeline, which is being developed by Energy Transfer Partners.

The self-important radicals dubbed themselves “water protectors.”  In their view, the $3.8 billion pipeline had to be stopped because of their fervent belief in global warming and the possibility that, one day, the pipeline might leak and pollute the water.

This motley crew has been far from ideal neighbors. One activist complained that others in the group were consuming tribal resources without contributing sufficiently and seemed to view the protest as little more than a Burning Man festival. Another activist advised potential protesters not to bring alcohol or drugs and told them that “you are not on vacation.”

Due to the protesters, the tribe’s casino has seen a decline in business, which has caused a shortfall of millions of dollars in the tribe’s budget.

And the tribe is not the only one paying the price for the protest. According to a state estimate, state and local taxpayers were responsible for paying nearly $33 million to deal with the protests as of Feb. 10. With the imminent arrival of flooding season, federal authorities have ordered the squatters to leave.

In early Dec. 2016, the chairman of the Standing Rock Sioux Tribe, Dave Archambault II, asked protesters to leave, but hundreds chose to ignore his request. Previously, the tribal chairman had expressed concern over the fact that protesters were digging latrines in the flood plain, which could result in waste being washed into the Cannonball River.

As if that was not bad enough, protesters have also burned tires. What kind of environmentalists burn tires — willfully releasing carbon and noxious chemicals into the atmosphere?

The left, including many in the media, would have you believe that these protesters have been peaceful. The facts are otherwise. Over the past several months, protesters have flagrantly defied government orders; blocked state and county roads and railroad tracks; attacked police with pepper spray; pointed lasers at police; thrown rocks, bottles, bricks, feces, burning logs, and Molotov cocktails, among other things, at police; intentionally stampeded hundreds of bison toward police; and burned county vehicles. One protester even shot at police.

Unsurprisingly, many — over 700, in fact — have been arrested. Of those arrested, many had criminal records, and more than 90 percent were from out of state. Of course, the protesters have complained bitterly about the police response to the protesters’ criminal actions.

Nor have police been the protesters’ only targets. Protesters have sabotaged or burned construction vehicles and equipment; cut ranchers’ fences allowing bison to escape; harassed farmers and ranchers; and killed cows and bison. In one disturbing incident, protesters ran a pipeline construction worker off the road and chased and surrounded him until he was extricated by federal agents.

According to one estimate last fall, protesters had caused $10 million of damage to construction equipment. Protesters and their supporters have also phoned in numerous death threats to a local county government and local businesses.

As the number of protesters has dwindled, another problem has grown: the protesters’ piles of garbage. The tribe, working together with local and state authorities, is in the process of removing an estimated 4.5 million pounds of garbage and debris — much of it still frozen. The process was expected to take weeks; but, with snow already beginning to melt, time is running out.

About 200 vehicles, which were abandoned by protesters, are also being removed. Knowing time is of the essence, protesters continue to cause problems: just last week, they blocked several sanitation trucks from entering their camp.

Rick Manning, President of Americans for Limited Government, stated, “President Trump must investigate the funders of these polluting protesters and to send them the bill for the mess the protesters created. It is unacceptable for these costs to be borne by taxpayers and the Standing Rock Sioux Tribe.”

Richard McCarty is a Senior Research Analyst at Americans for Limited Government.