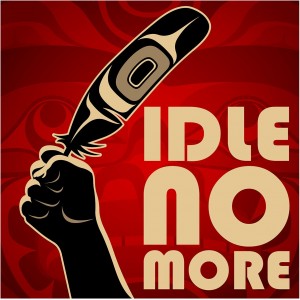 Are environmental advocacy charities, which are eligible to receive tax-deductible donations, violating their tax-exempt status in opposing extraction in the Canadian oil sands, construction of the Keystone XL pipeline, and other pet projects of the radical left?

That is the subject of a series of audits by the Canada Revenue Agency (CRA) that have been ordered under the administration of Prime Minister Stephen Harper. The groups facing additional scrutiny include the David Suzuki Foundation, Tides Canada, West Coast Environmental Law, the Pembina Foundation, Environmental Defence, Equiterre, and the Ecology Action Centre.

No more than 10 percent on politics

Under Canadian rules, tax-deductible charities — the equivalent of 501(c)(3)s here in the U.S. — are only allowed to spend 10 percent of their resources on allowed non-partisan political activity.

The reasons for the limits are obvious. Because donations to the groups are tax-deductible, they represent a net taxpayer subsidy.

Similar rules exist in the U.S., as between 501(c)(3) charities versus 501(c)(4) organizations allowed to engage in unlimited lobbying and issue advocacy. Both are technically tax-exempt and not subject to any donation tax, but with a big difference.

In a similar vein, like in Canada, (c)(3)s cannot engage in electioneering — that is, advocacy for or against a candidate for public office — whereas (c)(4)s can so long as it does not constitute a majority of their activities.

So did the environmental charities violate their tax-exempt and deductible status by exceeding the 10 percent limit on allowed political activities?

It may be soon to tell, as the audits are ongoing, but a December 2013 report by the Financial Post’s Vivian Krause suggest that the money spent by the charities on anti-oil sands advocacy was and is quite substantial: “these foundations have provided at least $75-million for campaigns and land use planning initiatives that thwart the development and export of Canadian oil.”

$75 million is no chump change. Krause named names, many of whom are now being audited: “the main sources of funding for this campaign are the Rockefeller Brothers Fund, the William & Flora Hewlett Foundation, the Oak Foundation, the Sea Change Foundation, the Tides Foundation and other charitable foundations, most of which are based in California.”

Much of the funds have been devoted to aggressive campaigns, grassroots organizing, and even blockading oil sands production and distribution including via Keystone, such as a campaign called Idle No More that happens to be funded by Tides USA.

One such oil blockade by an aboriginal First Nation group, Elsipogtog, got out of hand and turned into a full-scale riot, complete with gunshots and Molotov cocktail attacks that torched at least five police vehicles.

Is this what tax-deductible donations both from the U.S. and Canada to campaigns like Idle No More funding? Perhaps an audit is just what the doctor ordered.

Tides in particular was very much concerned that the funds might at least be used politically, issuing cover letters for its donations stating that recipient organizations agree “not to use any portion of the granted funds to carry on propaganda nor to attempt to influence specific legislation either by direct or grassroots lobbying.”

However, that might not be enough to excuse these foundations from violations of their tax-exempt status, reports Krause: “these letters suggest to me that [influencing legislation] this is precisely what Tides is funding. The numbering and timing of these payments indicates that they have been made systematically.”

Again, the CRA still has to finish its audits, and so we are very early in this process, but the investigation has vast implications in the U.S. where these charities are based.

Pursuant to the U.S.-Canada Income Tax Convention ratified by the Senate in 1984 tax deductibility for exempt organizations applies across borders. So, U.S. residents can claim a tax deduction for donations made to Canadian charities, and vice versa.

Moreover, 501(c)(3) clearly applies to overseas lobbying, according to an IRS publication, “Foreign activities of domestic charities and foreign charities,” which states, “As with inurement and private benefit, the restriction against lobbying and the prohibition against political activity on behalf of or in opposition to a candidate for elective public office (electioneering) exist in a foreign context as well. For example, Rev. Rul. 73-440, 1973-2 C.B. 177, concludes that the term ‘legislation’ includes foreign as well as domestic laws, for purposes of the IRC 501(c)(3) lobbying restriction.”

That’s a big deal. If Canadian authorities and courts find that U.S. tax-deductible donor dollars were misused for politics and lobbying either directly or at the grassroots level, that might be prima facie evidence for pressing an investigation into groups’ tax-exempt status here on a similar basis.

Again, the issue here is not simply one of tax-exempt status. Donations to non-profits should be tax-exempt. Whether they should be tax-deductible and enjoy a state subsidy is another matter entirely.

As Thomas Jefferson once wrote, “to compel a man to furnish contributions of money for the propagation of opinions which he disbelieves and abhors, is sinful and tyrannical.” Tax deductions are subsidies. The question the CRA will be answering is whether such a state-sanctioned incentive should be enjoyed by organizations to fundraise whose sole apparent purpose is undermining U.S. and Canadian energy production?

Robert Romano is the senior editor of Americans for Limited Government.